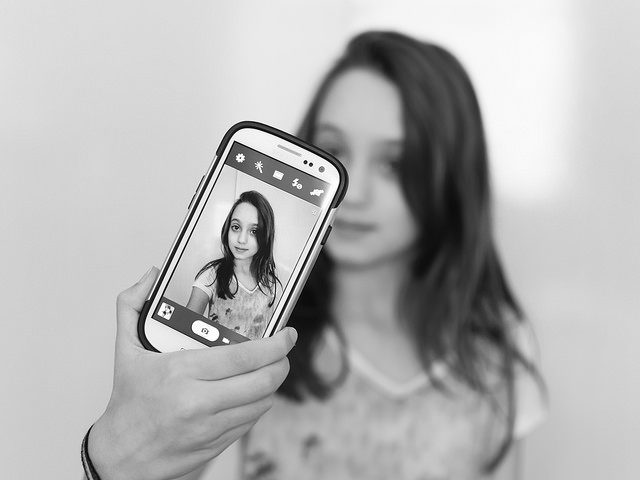 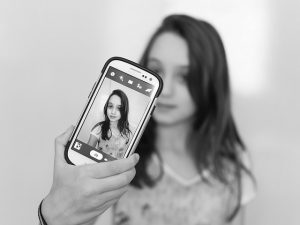 A few months ago, I was at an online marketing seminar, and one of the speakers suggested that the audience be part of the breaking of a world record: the most simultaneous selfies posted online. As I pulled my smart phone out, I felt uncomfortable taking a picture of myself. I took the picture, but quickly deleted it. It was then that I realized I had never taken a selfie before, at least not a solo selfie. I have taken selfies of myself and my wife, and on my mission to Argentina, I took selfies of me and my companion at times. But I felt really uncomfortable taking a picture of myself, posting it online, and basically saying to the world, “Hey, look at me!”

As I sat in this room with hundreds of people taking selfies and posting them online, I wondered if I was the only one who felt like this was a narcissistic trend with poor psychological health ramifications for individuals and the society at large.  I thought about people I know, who seemingly take a selfie a day and posts it on Facebook, Twitter, Instagram or elsewhere, and I wondered what the long term effects would be of such self-centered actions and attitudes.

Maybe I’m going to go out on a limb here but I’m making a prediction: The self-absorbed culture that is manifest in the frequent posting of selfies by so many people is going to have long-term negative effects on our society. 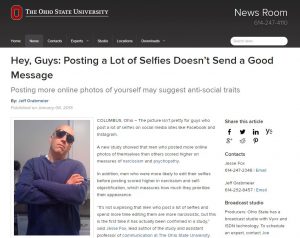 To research this subject, I went to the internet and soon found validation for my thought process. An Ohio State University study on selfies was released in early 2015 and shows that “men who posted more online photos of themselves than others scored higher on measures of narcissism and psychopathy. In addition, men who were more likely to edit their selfies before posting scored higher in narcissism and self-objectification, which measures how much they prioritize their appearance.”

The study’s author added, “Narcissism is marked by a belief that you’re smarter, more attractive and better than others, but with some underlying insecurity. Psychopathy involves a lack of empathy and regard for others and a tendency toward impulsive behavior. …Self-objectification involves valuing yourself mainly for your appearance, rather than for other positive traits.”

Finally, the author noted, “With the growing use of social networks, everyone is more concerned with their appearance. That means self-objectification may become a bigger problem for men, as well as for women. …We know that self-objectification leads to a lot of terrible things, like depression and eating disorders in women.”

Pres. Uchtdorf on Selfies and Narcissism

I haven’t heard the modern prophets talk about selfies, with one exception which you’ll see below, but they have spoken often about the spiritual dangers of being self-absorbed and narcissistic.

President Dieter F. Uchtdorf of the First Presidency of the LDS Church recently noted: “Those who are selfish seek their own interests and pleasure above all else. The central question for the selfish person is “What’s in it for me?” Brethren [and Sisters], I am sure you can see that this attitude is clearly contrary to the spirit required to build God’s kingdom. When we seek self-service over selfless-service, our priorities become centered on our own recognition and pleasure. Past generations had their struggle with variations of egotism and narcissism, but I think today we are giving them serious competition. Is it any coincidence that the Oxford Dictionary recently proclaimed “selfie” as the word of the year?”

Pres. Uchtdorf added, “Naturally, we all have a desire for recognition, and there is nothing wrong with relaxing and enjoying ourselves. But when seeking the “gain and praise of the world” is a central part of our motivation, we will miss the redemptive and joyful experiences that come when we give generously of ourselves to the work of the Lord.” (see Are You Sleeping through the Restoration?, April 2014 LDS General Conference)

In another recent talk by Pres. Uchtdorf, he said, “Impatience, on the other hand, is a symptom of selfishness. It is a trait of the self-absorbed. It arises from the all-too-prevalent condition called “center of the universe” syndrome, which leads people to believe that the world revolves around them and that all others are just supporting cast in the grand theater of mortality in which only they have the starring role. How different this is, my dear brethren, from the standard the Lord has set for us.” (see Continue in Patience, April 2010 LDS General Conference)

What God Has Said About Seeking the Praise of the World

The Lord God himself has also spoken on this subject of pride and seeking the praise of the world (via selfies or otherwise). This is what He has said:

The late Mormon Apostle Elder Neal A. Maxwell gave a masterful discourse in 1999 called “Repent of [Our] Selfishness”  in which he spoke on the dangerous consequences of being selfish and prideful.

The Antidote to Selfishness: Meekness

Fortunately, Elder Maxwell also spoke about the antidote that can cure the sin of selfishness: meekness.

“In daily discipleship, the many ways to express selfishness are matched by many ways to avoid it. Meekness is the real cure, for it does not merely mask selfishness but dissolves it! Smaller steps could include asking ourselves inwardly before undertaking an important action, Whose needs am I really trying to meet? Or in significant moments of self-expression, we can first count to 10. Such thoughtful filtering can multiply our offering by 10 as a mesh of reflective meekness filters out destructive and effusive ego.”

Elder Maxwell also added, “In one degree or another we all struggle with selfishness. Since it is so common, why worry about selfishness anyway? Because selfishness is really self-destruction in slow motion. No wonder the Prophet Joseph Smith urged, “Let every selfish feeling be not only buried, but annihilated”. Hence annihilation—not moderation—is the destination!”

Let us each do our part to root out and dissolve the selfish attitudes and actions that are a natural tendency in this earthly existence. May we meekly and humbly be true disciples of Jesus Christ by following his teachings and example of a selfless life and thereby avoid the consequences sure to come from a selfie-crazed culture and life style.