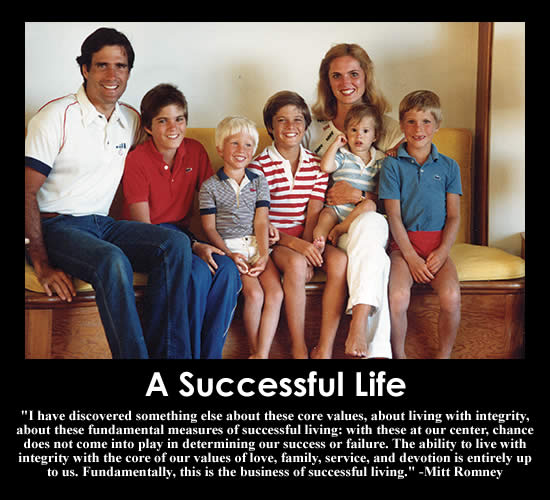 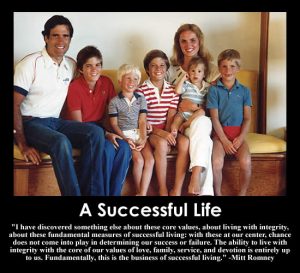 I love how Mitt Romney defines a successful life in the article quotes below. It’s not according to how much money, power, or fame you have. That’s how the world defines it, but not Mitt. For him, it’s about living in consistency with your core values. Worldly success is allusive to some and comes easily to others. But ultimately, worldly success will not bring satisfaction or happiness. True happiness and contentment in life, a successful life, is completely in each of our hands and it comes from choosing to live the values of love of family, service to our fellow beings, and devotion to God.

The following are some of my favorite quotes are from an address given by Mitt Romney at the April 1999 BYU Marriott School convocation:

Freedom or Security: Where do you stand?
Scroll to top