Not to re-hash old news (a very busy last few months has prevented me from staying current on my blog), but the more I learn about Barack Obama, the more dangerous I realize he is. 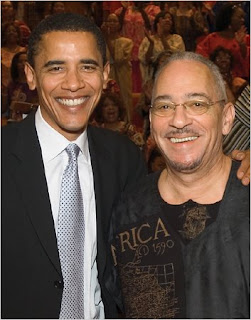 I heard this quote from Barack Obama only today. It’s a quote from his book, “Dreams from my Father”, where Obama quotes part of a Reverend Jeremiah Wright speech where he says that “white folk’s greed runs a world in need.” (Listen to the audio on YouTube). In this YouTube clip, Obama explains that the title of his book, the Audacity of Hope, was also inspired by the Rev. Wright. This is the same Rev. Wright who said the following:

Socialism Fails Every Time, We Don’t Need to Try It Again
Obama Talks About “Fundamental Flaws” of the US Constitution
Tax Cuts Are the Solution, Not the Problem
Obama: Most Liberal Senator
Reasons to Be Proud of America…For Those Who Find It Difficult
The Race for President: Barack Obama Analyzed
Reagan’s Four Essential Economic Freedoms Contrasted to Obama’s Economic Plan
Obama on Abortion
0 replies