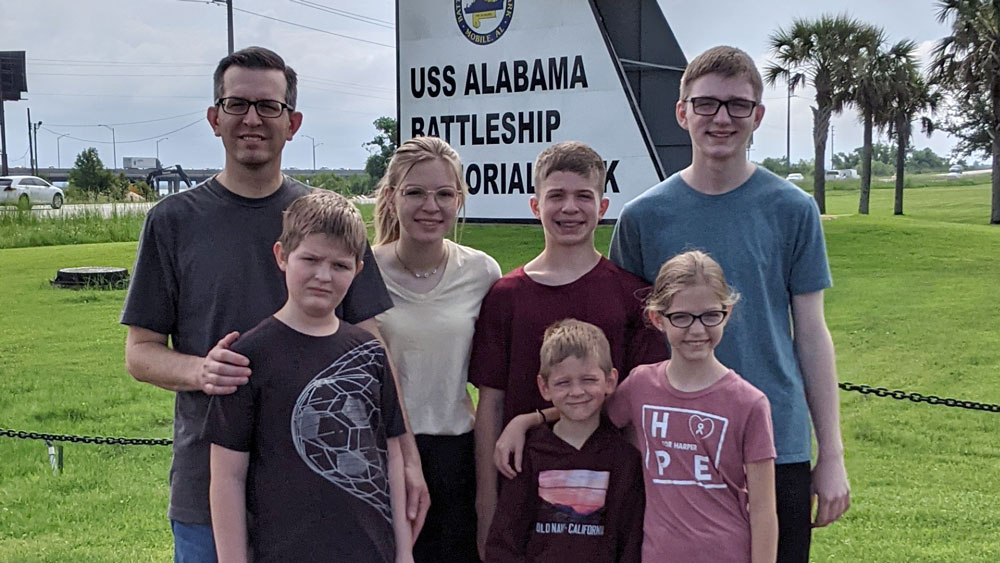 I recently took my family to Mobile, Alabama to take a tour of the U.S.S. Alabama Battleship, where my grandfather, Callis Lee Thompson, served during World War II. We spent about three hours walking around the battleship and it was really cool. I could have easily spent twice that much time looking around and reading the historic markers, but time just didn’t permit it. In fact, some of our little kids didn’t endure long and they headed back to the car with my wife after an hour or two, but the big kids stuck it out with me.

It was neat to see the ship and walk around the decks and get a feel for what it might have been like to live in those conditions for months at a time. I’m sure it was an exciting adventure in some ways, but also terrifying to be in battles where your life could be ended in an instant. I deeply and sincerely appreciate the bravery and valor of my Grandpa Thompson and all who have served in the military.

Before we toured the battleship, we told our kids some stories about Callis such as:

It was an amazing experience, after hearing those stories, to see the actual brig on the ship, to touch the giant propeller, to feel the wooden deck, to climb through those same hatches, to sit at those large cannons, and to walk through the engine room. The ladders through the hatches, by the way, are now angled in such a way so as to prevent someone from falling multiple stories—seems like a smart modification.

I hope and pray that my children and all the descendant of Callis and his wife Jewel Lee Opp Thompson, will appreciate and emulate Callis’s diligent efforts to devote his life to the service of God and country.