As a follow up to my previous blog posting, it occurred to me it might be worthwhile to make the case for war in Iraq, again, lest we forget why we went there in the first place (and based on the news of the day discussed in my previous post, I think many people have forgotten). 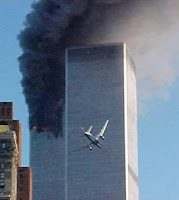 The World Changed on September 11, 2001
Well, according to Condoleezza Rice, the world had already changed, but the US had not woken up to that change. “Before September 11th, this country simply was not on a war footing“, with Islamic terrorists. But shortly after 9/11 came the Bush Doctrine. Said President Bush, “we will make no distinction between the terrorists who committed these acts and those who harbor them.” Iraq, a terrorist regime itself, was clearly a place where terrorists could find safe harbor. We could no longer allow Iraq to go unchecked.

Iraq had Violated 17 United Nations Security Council Resolutions
Between 1990 and 2002, 17 UN Security Council resolutions were passed against Iraq. Many of these resolutions said the same thing over and over again; it was as if, each time it passed a new resolution, the UN was childishly and naively saying ‘ok, this time you better comply.’ And each time, Iraq replied, ‘Or what? You’ll pass another resolution?’ It was high time someone started enforcing these UN resolutions. Here is a sample of some of the resolutions.

Bottom Line
Iraq, under Saddam Hussein, was a danger to the US, a danger to its own citizens and a danger to the world. Bush declared at West Point, “America has no empire to extend or utopia to establish. We wish for others only what we wish for ourselves — safety from violence, the rewards of liberty, and the hope for a better life.” The war in Iraq has begun to do that, but our troops must be allowed to finish their mission. Many of Al Qaeda’s top leaders have been destroyed, Iraq is no longer a state sponsor of terror, the people of Iraq have voted, they have a constitution and political freedom for the first time since before Saddam’s rule. I leave you with a quote from the movie, The Majestic, “When bullies rise up, the rest of us have to beat them back down, whatever the cost. That’s a simple idea I suppose, but one worth giving everything for.”

Giving the Iraq War Its Proper Perspective Why I Oppose Gay Marriage: Politically
Scroll to top